News flash: PEBS academy (in which Peter is the “P”) recently celebrated frog day. Older children learned about the life cycle of a frog while the youngest member played with his dump truck. Singing time included “Five little speckled frogs”, and children enjoyed playing leap-frog during the festivities. The highlight of the event came when the children traced their hands, cut them out, and glued them to paper plates that had previously been finger-painted to look like frogs. Each frog was given two paper eyes and a pipe-cleaner mouth. Peter was given his frog as the activity is better suited for slightly older children. 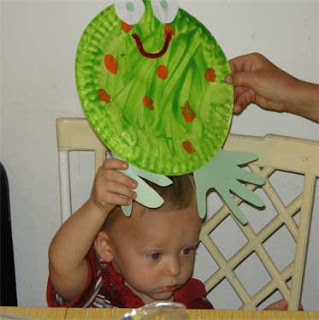 The event was concluded by serving “Frog Swamp Soup”, a concoction of lime sherbet and root beer. 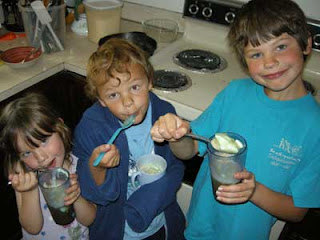