Share0
Tweet0
Share0
Share0
Tweet0
Share0
Merry Christmas everyone!  It seems that my last post was made October 15th.  Well, I’m still here, and I’ve been busy working on two large projects, both of which will be ready for release soon.  One will be a surprise, the other is that I have been recording “Mother Play” with a good friend of mine. 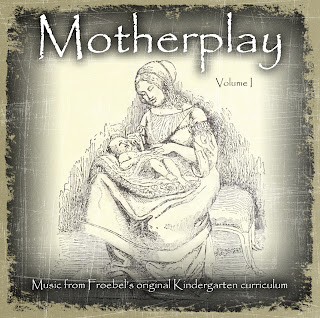 “Mother Play” was written by Fredrich Froebel, who invented Kindergarten.  The music is charming, with an “art song” feel to it.  The original music consisted of unaccompanied duets which many teachers found hard to implement into their curriculum.  The book was widely distributed, but rarely used.  This is unfortunate as Froebel himself considered the music, and especially the moral lessons which accompany them, to be his crowning achievement.


In an effort to make the lessons more musically accessible, a new book, “The songs and music of Friedrich Froebel’s Mother play”, was published in English in 1895.  These songs have piano accompaniments, and we loved them so much that we decided to record them too.  Watch for our release soon!


Part of this project has been to make these Public Domain files more accessible.  Today I compiled information for the first song, “Play with the Limbs.”  More updates will soon follow.