Share0
Tweet0
Share0
Share0
Tweet0
Share0
Today I wanted to share a little miracle that has happened in our home due to cranial sacral therapy.  When my daughter was about a month old, we noticed that her head was not perfectly symmetrical.  It was like one half of her head had slid forward a little bit
We asked the doctor about it at a well baby visit and he admitted that her head was a little off, but that “we” only worry when the back of the head is flat from laying in one position too long.  Young children grow out of other shape descriptancies, we were told.  I knew better.  I had heard of cranial sacral therapy before and my gut told me that we should seek a practitioner out.  However, for some reason we didn’t.  Days turned into weeks and months, and as my daughter grew, her head remained off-centered.
When my third child was born last September, our midwife told us that we needed to take him to a chiropractor.  While we were there, my husband asked him if he knew anything about cranial sacral therapy.  He asked if he thought our daughter, then 18 months, could benefit from treatments.  Luckily, our chiropractor also does cranial sacral therapy, and he told us that she could definitely benefit from treatments.
At first we took her in every week, and progress was quickly made.  Now we are taking her in every other week for minor adjustments.  To be clear, my daughter was not at all deformed, or unusually weird looking.  Nor was she mentally or physically handicapped in any way.  Her grandparents never noticed that her head was off-center.  I suppose that as parents you do.  These pictures sort of show the results, but we never took any pictures from the top of her head, where the before and after pictures would have been more effective.  Nevertheless, this is the best I can do: 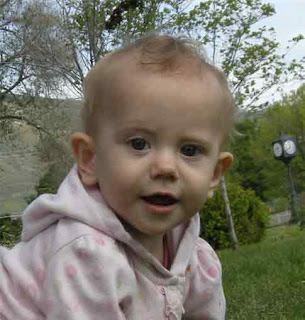 Picture taken last May, before any treatments. 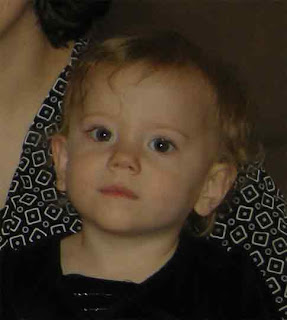 Picture taken in December after twelve sessions.
I have heard of some amazing miracles that have happened because of cranial sacral work done on children.  It’s worthy of a google search.  For our daughter, the miracle was simply to have a balanced face.  That alone is significant!  There were no helmets to wear.  There was no invasive surgery.  In fact, there has been no discomfort for our daughter at all.  She grins from ear to ear during her 15-minute sessions.  Dr. Crawford told us that in his experience, children are in tune to what their body needs.  They know that the pressure is helping them.  Some of the pressure that he has applied to her head has been very strong, but my daughter has never objected.  When I watch him work on her, I can’t help but ponder as to why therapies like these are so controversial.  My daughter loves it.  The effects of her treatment are visually measurable.  Her beauty has blossomed in the last four months.  Is this not a testament that the treatment is good?
My purpose in writing this is to help create awareness for the therapy.  I also encourage parents who are maybe sitting on the fence (like we were, out of sheer laziness) to seek a practitioner to help your child.  We were lucky that we started treatment while she was still young.  It would have much harder if not impossible to see these kind of results if we had waited until she was 10 or 15 years old.  I know that as parents we have a special intuition for the needs of our children, and that when we follow through with those promptings, the blessing will follow.
Previous
Next