The Electric Universe (or Plasma Cosmology)

Warning:  Contents of this post challenge mainstream science, and the ideas are really “out there”.   A paradigm shift in how you view the universe may result if, like me, you believe them.  I share this on my blog because it may be a scientific theory of interest.  It is what I plan on teaching my own children.


As always, take what you want and leave the rest.  I have been addicted to a study of the electric universe over the last couple of months, and for those who have never heard of it, well, here’s your chance to become aware.  At the very least, it is an emerging scientific theory to be aware of.  This post is also long.  It takes an essay to present a case like this.  I’ve referenced some YouTube videos you can skip to if that’s more to your liking.

For me, finding this information was like finding the missing puzzle piece in my scientific view of the world.  From a Christian perspective, I believe that the world was created during a relatively short period of time.  From an LDS perspective (this is not a religious post, bare with me), I have been taught that the earth once orbited a different sun, and that as a result of the fall, the earth was sent to this solar system.

Mainstream science tells us that the solar system evolved over millions of years, and the Earth’s place within it has likewise been constant.

Mainstream science once told us that the earth was flat.  Then it was the center of the universe.  Now gravity, dependent on the mass of an object, governs the role of celestial bodies.  The only problem with that assumption is that, while it works perfectly within our own solar system, scientists have been at a loss to explain the phenomena we are now viewing in deep space.  If gravity is based on mass, then there must be massive objects, such as black holes, holding galaxies together.  Well, that was fine at first, but then black holes didn’t behave the way they should, and not only “dark matter”, but “dark energy” was hypothesized.  Given this “blank check” variable as they explain the universe, they have placed these mysterious, unseen elements anywhere they want to make the math work.  Now, only roughly 5% of the universe’s mass is the matter that we can actually see.  If you do a crossword puzzle and the last word just doesn’t fit, do you change the spelling of your word, or do you go back and see if you made a mistake somewhere else?

Here's an interesting video on mathematical vs empirical science:  (no offense to mathematics of course.  I love math)

In the Electric Universe, electricity, not mass, governs the universe.  Scientists who support this theory have recreated in the laboratory on a small scale exactly what we are seeing on a large scale in the cosmos.  Is science based on mathematics, or on the scientific method, a key element of which is experimentation?

For more information on the electric universe, www.thunderbolts.info is a central hub for the scientists involved in this study.  For media resources, check this page out:

Also, their “picture of the day” is an active, growing resource you can use with your kids.  The following is their hour-long introduction to the theory, entitled "Thunderbolts of the gods"


Immanuel Velikovsky is the original author to introduce the idea to society in the 50’s.  His ideas were VERY controversial, but nevertheless entertaining to read so the books did well.  His research was not based on science as much as ancient texts from around the world.  He suggested that the myths and legends should be taken literally, and that the world over, the legends could be explained by catastrophic events witnessed in the heavens.


Velikovsy held that Saturn was once a star, and the earth it’s natural satellite.  Saturn entered our solar system and became Sol’s satellite.  For a brief period, Saturn, Venus, Mars, and the Earth were aligned in the same orbit.  Then something happened to disrupt that orbit and a “war in heaven”,  played by these planets, commenced.  Then each settled into their own orbits.  Yes, that sounds really far out, but as I have researched the ancient beliefs of different cultures, this story really does appear in the ancient texts, and the electric universe can explain the science behind it.

Take for example, the pagan celebration of Saturnalia, from which many of our Christmas traditions have sprung.  To this day, Pagans hold that Saturn once ruled in the sky, which was a Golden Age for man.  Then Jupiter overcame Saturn, and Saturn was forced to sleep for a time, falling from it’s place in the sky.  The Saturnalia celebration wakens Saturn for a week, in an effort to mimic that golden age (producing instead, in many cases, riotous behavior).  It is also a celebration to remember that one day Saturn will waken and return, creating a new golden age.

But it’s not just the Pagans.  Look at the ancient Egyptians, the Babylonians, the Aztecs, and the various Asian religions.  It’s all there if you’re willing to dig for it.  Since Velikovsky, many scientists have looked into the electric universe, and his work is gaining popularity in the scientific world, especially as we learn more about deep space.

What about the LDS perspective?  Did you know that there are Saturn stones on the Salt Lake City temple?  Why?  mormonprophecy.blogspot.com offers compelling answers.  Here’s a video appetizer:

Nothing about this scientific theory is contrary to the gospel.  In fact, Velikovsky is referenced in the CES Old Testament manual on the creation:

“Although the majority of geologists, astronomers, and other scientists believe that even this long period is not adequate to explain the physical evidence found in the earth, there are a small number of reputable scholars who disagree. These claim that the geologic clocks are misinterpreted and that tremendous catastrophes in the earth’s history speeded up the processes that normally may take thousands of years. They cite evidence supporting the idea that thirteen thousand years is not an unrealistic time period. Immanuel Velikovsky, for example, wrote three books amassing evidence that worldwide catastrophic upheavals have occurred in recent history, and he argued against uniformitarianism, the idea that the natural processes in evidence now have always prevailed at the same approximate rate of uniformity. These books are Worlds in Collision, Ages in Chaos, and Earth in Upheaval. Two Latter-day Saint scientists, Melvin A. Cook and M. Garfield Cook, have also advocated this theory in their book Science and Mormonism. A short summary of the Cooks’ approach can be found in Paul Cracroft’s article “How Old Is the Earth?” (Improvement Era, Oct. 1964, pp. 827–30, 852).”
(https://www.lds.org/manual/old-testament-student-manual-genesis-2-samuel/genesis-1-2-the-creation?lang=eng)

So there, in a nutshell, is a different approach to cosmology, the king of sciences.  I am now a believer in this theory, and this is what I will be teaching my children.  Like evolution, they cannot avoid learning about and being aware of the mainstream sciences, but I am so excited to have a concrete resource to teach them which supports creational science.  I’ve been looking for this my whole life.  I hope that this can be of some interest to you as well.

Welcome to the world of cosmology, Tamsyn. Your enthusiasm for the subject is refreshing and most welcome. And thanks for the mention. Would you be interested in taking my online classes? I think you would be pleased to learn the extent to which these ideas contribute to one's understanding, comprehension and testimony of the Restored Gospel and the Prophet, Joseph Smith. Great to have you on board.

Yes! I am definitely planning on taking your classes when your rotation starts again. Thank you for visiting!

Tamsyn--I would be very careful when quoting sources that are not doctrine. Simply because a belief is "not contrary" does not mean it is true. If this is what you've chosen to believe, then that is your choice. What concerns me, however, is your choice to proclaim sources such as "mormonprophecy.blogspot.com" as actual doctrine, and not the scriptures. The more time you spend away from the scriptures, the more Satan can feed you lies. Again--I'm not saying that this is necessarily a lie--I'm just saying that there is plenty of meat in the gospel from the scriptures and from modern revelation from the prophet that you don't need to go dumpster-diving for restored truth. Just be very, very careful where you take your information. One of Satan's strongest tactics is to carefully turn us away from the scriptures and get us hooked on exciting philosophies (of men... you know the rest...)

If you choose to study alternative science (or any science, for that matter), that is great. Heavenly Father does want us to study and learn as much as we can. But always pair it with intense scripture study, prayer, and council from the Brethren.

I say this as a loving, concerned friend, and not to be mean, and I pray it finds you with love and not hostility. I really do respect you and your choices as a mother. Yours--a Friend.

Hello, Anonymous friend. I haven't been blogging much lately so I just barely saw your post.

I don't believe that I have said that mormonprophecy.blogspot.com was actual doctrine, and I don't pretend that it is. However, I have learned a lot from Anthony Larsen's classes, and everything about what I have learned from his site has encouraged me to do a deeper study of the scriptures, of the teachings of the prophets, and to attend the temple more often. If what he has to say is true, the proof will be in the pudding.

I think that gradualism/evolution is a philosophy of men, always have, and it has been refreshing for me to find an actual science (based on the scientific method of experimentation) that supports catastrophicism/creationism, as the scriptures and brethren have always taught. Since I will be homeschooling my children, science is a very relevant topic to me and above all I wish to teach my children the truth. Hence the study.

I am still digesting much of what Larsen teaches, and I am not ready to say that I agree 100% with what he says. However, he has quoted his sources well, he is a respectable, learned member of the church, and I would hardly call listening to what he has to say as dumpster diving.

My understanding of the gospel has only increased with this new study.

Thank you for your concern. I hope this response only serves to clarify my position. 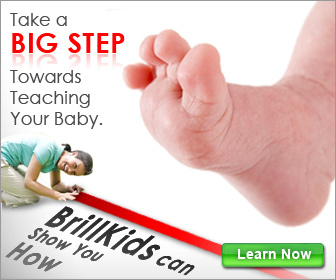